We may be inconvenienced at this time, circumstances beyond our control, impose limits in our lives, this is our reality.  No amount of worry or anger will change this, we must still stand strong, we control our mindset.  Our present situation has nothing to do with our self-discipline, just because we are not around other people is no excuse for letting chaos rule our lives.  What we do in private is just as important as our public actions.
Do we decide on our actions based on fear?  Does the uncomfortable or not going with the crowd bother us?  Why are we not living up to our potential?  Do we keep looking for, wishing for a magic pill or solution to daily life?  What are we doing?  What steps have we taken as individuals to better our lives?

Take control, don’t take what life gives us, instead we dictate what we get from life. There is no point waiting around for something to happen, its time to get out and make things happen. it’s our choice!

Life is not the same as yesterday, it is no longer last week, we are living in the now. We cannot treat life as before, we face it as our reality at this moment. Good or bad it is so, our energy can be wasted on complaints or we can improve on our current situation. We can build now, so that when the opportunity comes we are ready, if not we can watch as others reach their goals.

If success has eluded us, when we know we could be doing so much more, the time to reevaluate life is here. We must be honest with ourselves, the hard choices made, a plan with defined goals, yet with the flexibility needed in the real world should be thought out. Change begins when we recognize that must master ourselves, holding in check our desires, passion, and excesses.

Every action will have a reaction, we may not see it for years, but there will be one.  That is why the choices we make every day are so important, even those we deem small.  A prime example is food, many of us do not give a second thought to what we put into our body. It matters, we will see the obvious, which is weight gain, the part we do not see until we are in trouble is our health. Nothing will taste as good as healthy feels.

We close out another year and usher in a new decade. All of us tend to make resolutions on New Year’s day and yet how many of us follow through? We often give up within a month, why? Change is hard, leaving our comfort zone is not easy, does it mean we do not want to improve our lives?  We all have dreams and aspirations, but are we willing to put in the work that it will take to reach them? If we want something bad enough, we will make the time, find the funds, be consistent and throw away the excuses.

We will all come to a point when we feel we have hit rock bottom, placing the blame on others or circumstance no longer works, one path offers freedom, the other more of the same. Time to pick ourselves up and begin to repair the damage we have done. It starts with the mindset that we can do it, it takes consistency not for a day or a week, but for as long as it takes.

How often do we let a lack of self-control set us back in life? Do we follow the latest trend blindly without doing our own due diligence?  Its time to step up, take charge, do our own research, trust in ourselves and live the life we dream of living.  Making our own informed decision is the only way to live life. 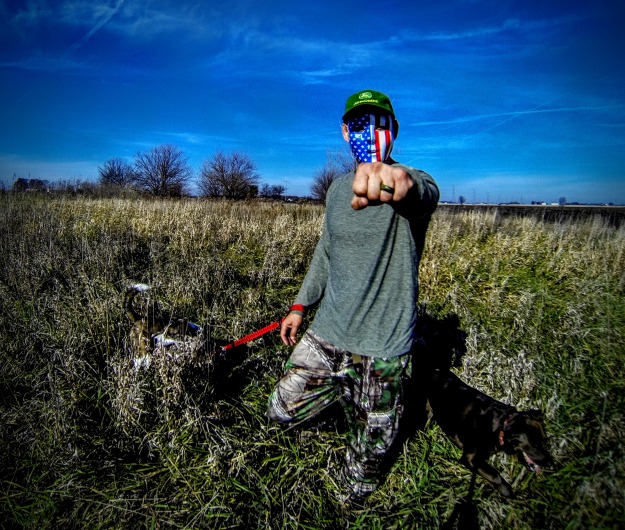 A lot of us were taught that the first Thanksgiving in the new world was celebrated by the Pilgrims that came over on the Mayflower and landed in what they called Plymouth Harbor.

The truth is: more than half of the Pilgrims did not survive that first winter 1620-21, due to the harsh weather and lack of nutrition.  They were not the first to struggle.

The local natives, encouraged by an English speaker named Tisquantum, or “Squanto,” taught the colony how to plant and grow corn, how to fish and how to trap Beaver. The harvest of 1621 that came just before winter was much more bountiful than they had hoped for that year. They decided to have a feast that would last three days to celebrate. They invited the Pokanokets, a local tribe to join them.  There were ninety Pokanokets, fifty-three  Pilgrims in attendance at the the Thanksgiving of 1621.

It was not the first Thanksgiving in the new world. There were other colonies and settlements that had celebrated the fall harvest with a festival for many years before the Mayflower arrived.  They also had them every year in Europe to celebrate the harvest.

The first national proclamation in the United States for Thanksgiving was given by the Continental Congress in 1777. Later, in December of 1777, General George Washington also declared a day of Thanksgiving after defeating the British at Saratoga.

President Lincoln in 1863 during the Civil War proclaimed a national day of Thanksgiving to be held on the last Thursday in November.

Finally, in 1942, the US Congress declared Thanksgiving to be held on the fourth Thursday in November and they made it a holiday.

Thanksgiving is not about turkey, pie and football.  It is a time to give thanks for everything that we were blessed with during the past year.

It is a celebration of all that we have been blessed with in this country and in our lives.  It is a time to spend with family and those close to us.

This Thanksgiving I have a lot more to be thankful for than I ever thought possible.  Even the bad times this year I can say helped me grow.

I am healthy, I have the gift of words and freedom to express my feelings.  I live in a beautiful country.

I am blessed with opportunities to encourage many people that I meet to live a healthy lifestyle.  I have the love of my wife.

I thank God, for being both creator and provider.

People may want to rewrite history, but the real truth is that this is a holiday where we thank the Lord. And make no mistake, our Founding Fathers believed it too!

“Commanding the observation of THURSDAY the TWENTY-EIGHTH DAY OF NOVEMBER next as a day of SOLEMN THANKSGIVING to GOD for all His mercies; and they do further recommend to all ranks to testify their gratitude to God for His goodness by a cheerful obedience to His laws and by promoting, each in his station, and by his influence, the practice of true and undefiled religion, which is the great foundation of public prosperity and national happiness.”

“Set apart and observe the last Thursday of November next, as a day of Thanksgiving and Praise to our beneficent Father who dwelleth in the Heavens.”